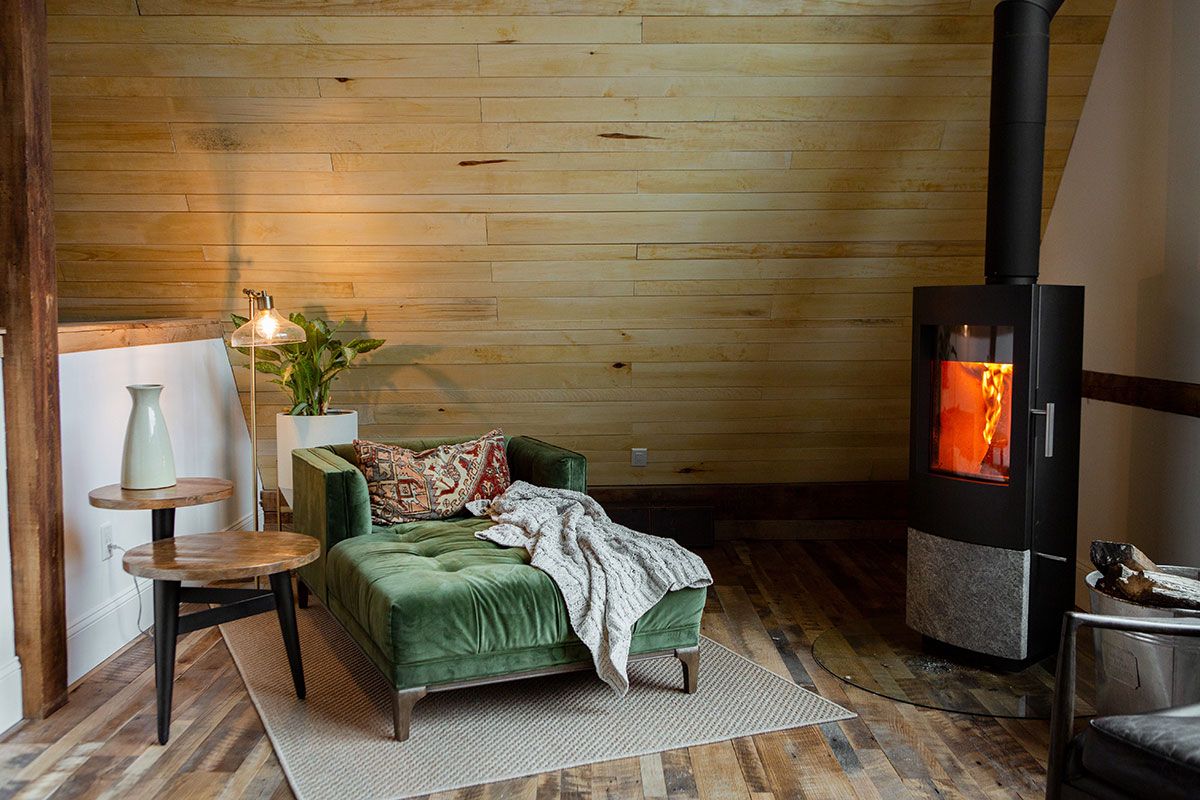 If my parents had never built a small apartment in the mid 19th century barn on our property, (read more here), Susan and I may never have dreamed of turning the barn into a house.  Both of us err on the side of  “why not!” which is the same mindset that has pushed us over the edge of conventional design almost every time we embark on a new project.  You only have to spend a few minutes on the Candlewood website to concur.

There are so many aspects of this barn renovation that could be talked about.  However, in this post, my intention is to give you a little inside view of our journey through some of the major construction hurdles and decision making that went into realizing this project. We hope many of you will have an opportunity to enjoy this space in the near future.

The two questions we needed answered before we could commit to the investment of both time and expense this project would require were: Did the barn have enough structural integrity, and could we work with the structural posts and beams already in place to create a space that would flow easily, creating both private and gathering areas for larger groups. With a firm “Yes” to both questions, we gave this project a thumbs up!

And so it was in early 2019 with a measure of trepidation, but a far greater dose of adventure, that we commenced to tear out the apartment my parents had created for themselves and embark on a total barn renovation. One of the first things we were confronted with was a century old barn that had earned every right to sag, bow and ever so slightly lean a little to the east. A hundred years of winds relentlessly pushing from the west had caused original plumb walls to lean the difference of a couple inches from bottom to top.  But hey, what’s a couple inches over 14 feet?

Additionally, the support beams that ran from sill to sill and the upper beams that ran from eve to eve sagged about 4 inches out of level in the center.  We decided to do minimal leveling of the lower threshing floor, but did however take great pains to level the floor we constructed over the top of the upper beams. This new floor would carry the new kitchen cabinets and huge 13 foot long island. It would make for a much smoother installation.

The more daunting design challenge we encountered was to incorporate  the post and beams that already existed as part of the structural integrity of the barn itself. The barn is divided into four bays, each averaging about twelve feet in width, giving this barn a fifty foot length. Divided somewhat equally in the center are three diagonal beams starting at the top of the stone wall and extending at a forty-five degree angle up to the bottom of the three beams that cross the thirty foot width of the barn in the same three locations. This design gave great stabilization to the structure as a whole, but at the same time forced us to build walls in line with the diagonal beams so they wouldn’t end up in the middle of a room. Our daughter Katie, from Calnin Design Studio, tediously worked on the design to accommodate this situation and at the same time allow for a natural flow from room to room. To read more of her perspective, check out her post here.

The upper floor was created by cutting an opening in the north end of the barn and pushing through fifty-foot floor joists spanning the full length of the barn. These floor joists sit on the three beams running thirty feet across the top of the diagonal beams from eve to eve.

Both upper and lower floors are covered with a layer of plywood and then reclaimed oak flooring sourced from Old Wood New Use, a local dealer of old barn boards and beams.

One of our ambitions was to keep as many of the structural barn beams exposed as possible. The marrying of the old beams with the modern design elements creates a warm environment, bringing appreciation for a forgotten craftsmanship. The design never lets you forget you’re spending the night in a barn!

NORBERT CALNIN, ALONG WITH HIS WIFE, SUSAN, HAVE BEEN ACCIDENTAL INNKEEPERS OF CANDLEWOOD CABINS SINCE 1995. THEIR PASSION FOR DESIGNING UNIQUE SPACES CONTINUES TO THRILL THE LIVING DAYLIGHTS OUT OF THE TWO OF THEM! NOW WITH THEIR FAMILY INVOLVED WITH RUNNING THE BUSINESS, THE WORD “RETIRED” CREEPS INTO THE CONVERSATION NOW AND THEN, BUT NEVER TAKEN TOO SERIOUSLY!